Individual Refugee and
Asylum Seekers worked
with over 12 months

Percentage of those who
have successfully received
the right to stay

Nene Tereza has been providing a targeted response to the increasing numbers of Refugee and Asylum-Seeking Albanians arriving at their doorstep needing help and guidance since 2001. Mainly due to mainstream service providers unable to work with these migrants and the complexity of their situations.

We have designed and developed interventions to meet the specific needs by providing holistic advice services, and legal representation and offering a person centered, friendly service. Our team of family volunteers houses individual refugee and asylum seekers that are best suited to meet their needs making sure a risk assessment is completed and following safeguarding procedures.

In addition, offering support through a dedicated group of refugees who have successfully navigated through the system and offer support to others going through the process. They offer help, advice, and support and show them the process and how it works, and what they need to do while they progress. This includes helping with their mental health, depression and providing them with someone to talk to. 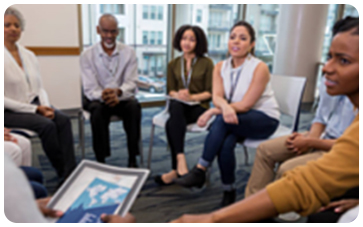 Free training, information and other resources to help them adapt, evolve and innovate and sustain themselves

Engagement opportunities for the development of a shared understanding of the needs of refugee communities amongst civil society, funders, the public sector and decision makers

Our support to individuals includes

Immigration advice is sort from OJN Solicitors who are OISC accredited.

* This firm is authorised and regulated by the Solicitors Regulation Authority (No. 442692)

The UK asylum system is strictly controlled and complex. It is very difficult for people seeking asylum to provide the evidence required to be granted protection. The decision-making process is extremely tough and many people’s claims are rejected. In the year ending December 2020, 41% of initial decisions resulted in a grant of asylum or other form of protection.

Initial Home Office decision-making remains poor. Many refugees had to rely on the courts rather than the Government to provide them with the protection they need. The proportion of asylum appeals allowed in the year ending December 2020 was 39%.

There are particular problems with decisions on women’s claims. Women who turn to the courts for help when their asylum claims are refused are more likely to have their protection needs recognised by the courts. Women tell us that it is in part because the asylum system can feel very hostile and it is difficult for them to give full details of the violence they have experienced.

Why do Albanians flee to the UK?

Some Albanians apply on the grounds that they are fleeing a blood feud or persecution for their sexuality, while others try to obtain residence papers by marrying a British or EU citizen. Oct 29, 2020
https://balkaninsight.com › 2020/10/29 › London-calling
Albanians are amongst the largest groups of irregular immigrants in the UK, and Albanian children are the second largest group receiving help from Barnardo’s child trafficking support teams. In 2010, Albanians were not seen as a significantly at-risk group, but in 2015 Barnardo’s estimated that Albanians accounted for a quarter of children allocated an advocate under its child trafficking support scheme. Some are forced to work, particularly on building sites, but the majority are exploited for criminal activities.

Albanians seeking asylum in the UK regularly cite blood feuds as the reason that it is unsafe for them to return to Albania. The number of Albanian asylum applicants rose from 173 in 2008 to 1,809 in 2015. The vast majority of these applications are rejected.

In June 2017, the National Crime Agency’s annual report on organized crime warned that Albanian criminal gangs had “established a high-profile influence within UK organized crime”, focusing mainly on the trafficking of cocaine to London. The report noted that “The threat faced from Albanian crime groups is significant. London is their primary hub, but they are established across the UK”. It also noted that only 0.8% of organized criminals in the UK are Albanians, with British nationals accounting for 61.6% (23.5% are of unknown nationality). Albanian organized criminals display a readiness to use serious violence, which according to the National Crime Agency makes their impact more troubling, however.

Between April 2015 and April 2019, 6,200 Albanian nationals were deported from the UK to Albania. This was the highest number of any nationality over this period. Many of these deportees are reported to be from the counties of Albania – Kosovo and Macedonia. from where British-based drugs gang’s recruit.

In 2020, Albanians were reportedly the largest foreign national group in UK prisons with over 1,500 inmates, representing roughly 10% of the foreign prison population in the UK, rising from 2% in 2013. In July 2021, British Home Secretary Priti Patel signed an agreement with the Albanian Government which would make it easier for the UK to return criminals and unsuccessful asylum seekers back to Albania. It was also reported that the UK could help fund the construction of a new prison in Albania to house offenders sent back from the UK.

In its annual assessment of organised crime, the NCA warns that Albanian gangs have “established a high-profile influence within UK organised crime”. Their main focus is the often-violent trade in trafficking cocaine to London, the report warns.

It says: “Criminals from the Balkans are increasingly expanding their network of influence, forming direct relationships with cocaine suppliers in Latin America. The threat faced from Albanian crime groups is significant. London is their primary hub, but they are established across the UK”.

The report says Albanians make up just 0.8% of organized criminals in the UK, behind British nationals (61.6%); unknown nationalities (23.5%); Romanians (1.5%); Pakistanis (1.2%) and Polish (0.9%). But it warns that the impact of Albanian criminals was particularly troubling because of their readiness to use serious violence.
Speaking to the BBC Radio 4’s Today programme, Matthew Horne, the deputy director-general of the NCA, said: “While the numbers involved are relatively small, the impact of these groups is significant. “We are seeing significant control being exerted particularly by organised crime from Albania in so far as cocaine, in particular, is concerned …

“The UK is the ultimate destination for younger Albanians, who come from a country where 70% of the population is Muslim and the medieval code of kanuni holds sway in rural areas. This decrees that spilled blood must be paid for with spilled blood, a stipulation that, down the years, has resulted in hundreds of tit-for-tat murders.

The blood feuds are recognised by the European commission, as one of the most common ‘push factors’ driving asylum flows from Albania, along with ‘deprivation, unemployment, discrimination and poor access to healthcare, social benefits and education’.

The NCA said British and Romanian gangs were the most prevalent offenders in human trafficking, with eastern Europe the most cited wider region of origin involved. But it said criminal gangs, including Albanians, were often involved in both drug and people trafficking.